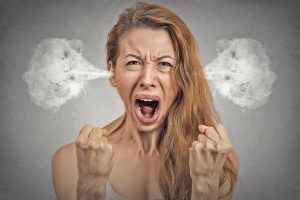 Having been a nurse for many, many years, I have met people from all walks of life and during this time I have had to deal with all sorts of problems. Although this has helped me with my job as a Senior Moving and Handling Consultant I still have what I call my bugbears.

These are my bugbears in order of least irritating, what are yours?

When attending a Patient/People Handling Training Course, there is obviously an element of practical work to do. Why then do people come dressed in flip flops, high heels, short dresses/skirts etc and look offended when asked if they have a change of footwear etc?

A lot of people arrive for a course without a pen. Why?

Maybe I am showing my age, but it was always the norm to bring a pen and note pad to a course to take notes. Is it because we live in a world of technology with Desk Top Computers, Laptops, iPads etc? Surely a pen will always come in handy for signing documents?

When I first started as a Trainer I would bring a supply of pens with me to each course. The problem was they were not always returned. The plus side I suppose is that when they next went to a course they would have a pen?  Wishful thinking!

Why is it that when you ask someone to be a “model” so that practical techniques can be practised, there is always someone who wants to act as a “patient” and pretend to have a stroke or a fall when they are told at the beginning of the course to act as themselves for safety reasons?

Could it be they want to “tread the boards” in another life!

and I make a point of turning my phone off in front of them thus leading by example.

I can guarantee however that someone’s phone will go off during the session.

The following are some of the excuses I have heard.

The worst is when someone answers the phone and starts having a conversation oblivious to what is going on around them. I tend to stop talking and wait for them to hang up before proceeding. This usually speeds them up.

I once had a member of staff who was looking at her phone which was on her lap and it was obvious she was texting. When I mentioned this, she said was taking notes on her phone!

I could ramble on and on about lateness, but this could lead to the reader running late and I don’t want that!

I have heard so many excuses over the last ten years I could probably write an article on this alone.

My favourites or should I say my worst bugbear excuses are:

“My Manager wanted to see me first thing this morning. They said I could join the course at any time as it won’t make any difference as I did the course last year”

“I did this training two years ago. The training was somewhere else, so I thought it would be there again”

There are also people who arrive an hour after the course has started and they can’t understand why they can’t join the course.

Some people have asked me to cover the course material they have missed during the lunch break, they don’t seem to understand that the Trainer needs to eat and take a breather as well.

I have also had some people who have blamed their lateness on me. They tell that the venue isn’t convenient for them and if it had been such and such venue they wouldn’t have been late.

I ran a course once where one of the staff wanted to finish early as they had to be somewhere else after the course. She negotiated with the other staff and me and we all agreed to cut the lunch break from 45 minutes to 30 minutes.  After 40 minutes she arrived back from lunch oblivious to the rest of us waiting her arrival, and she still expected to leave early!

On a serious note, we all run late at times due to traffic, public transport, child care problems etc. If this happens to you, phone ahead and on arrival apologise for being late, don’t just sneak into the room and sit down. Believe it or not you are not invisible, and neither is the steam coming out of my ears!!!!!!!!!!